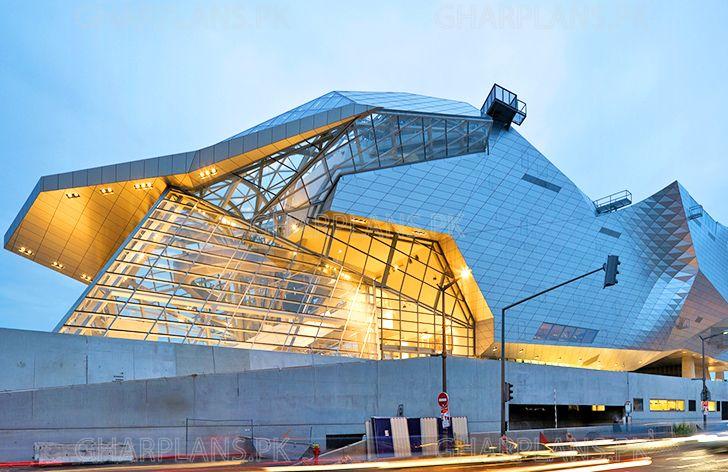 What is deconstructivism in architecture?

What exactly is deconstructivism in architecture? It is easier to say what it is not. It is not post-modernism, neither is it conventional modernism. It is not scenography or picturesque.

In the context of architecture, this term refers to more than tearing down existing structures. Although deconstruction freed architecture from the dominance of the principles of classical aesthetics but at the same time, it is highly theoretical, a bit harsh and loud.

So, it’s safe to say that it is an unpredictable controlled chaos.

Why was it introduced- Disruption with a purpose

Deconstructivism gives the impression of fragmentation manipulating the structure’s surface through transformation of basic shapes. The finished visual appearance of buildings seemed to be distorted, thus denying any sense of stability or structure.

Deconstructivist architects Rejected the post modernism by challenging “harmony, unity and stability” and proposing the view that “the flaws are intrinsic to structure”.

Deconstructivism was negating the “supposedly” constricted rules of modernism such as

But should that mean deconstruction abandoned functionalism?

Deconstructivist architects sought to fragment a construction maintaining the core function of a space. Architects began to manipulate surface structures, creating non-rectilinear shapes which seem dislocated at first glance. It can result in whatever an architect wishes, and it thus suffers from a lack of consistency.

Characteristics: Nothing has much meaning anyway

Today in the style of deconstruction are often made out of public places – whether it’s a youth café or night clubs. However, Decon is often used as an interior style for residential premises.

Since deconstructivism arose during the mass introduction of advanced technologies in everyday life, the interior uses the most modern high-strength materials: reinforced glass, ultra light metal and plastic.

At the same time the complex shape of the partition walls, ceilings and doorways are often created with the use of drywall construction.

Special attention is paid to lighting in the interior. In contrast to constructivism, in which the main source of lighting is Windows, more deconstructed urban, here you can use complex structures with sewn lamps, diode illumination of individual interior elements and multi-level ceilings with spot lighting.

As for the color scheme, here, as in donstructivism, preference is given to contrasting colors, but often used softer shades. The dominant color is white. This popularity is due to the fact that on a white background as well as possible stand out interior items of contrasting colors.

Despite the fact that deconstructivism denies correct geometric forms, furniture in the style of Decon can be concise and restrained. The main emphasis is on decorative elements.

Decon does not limit designers in the choice of decor items. In the interior, you can use the latest developments, whether its glass tables and chairs filled with water etc. The main thing is that all the decorative elements were designed in the same style and harmoniously combined with each other.

The architectural style emerged with many legendary architects with their own touch. But one similar character among all these was the thirst to do something unique. They have created such masterpieces that would stand as a mystery for forth coming architects.

At the end, deconstructivism is more likely to take its place in the history of theoretical architecture than in the pantheon of major styles. It is a correction in the architectural culture that will be remembered more for its sound and fury than for anything else – not as a phenomenon that has enlarged the possibilities of architecture, but one that has narrowed them.

If you want to have any update regarding our website and you tube channel, visit our face book page;

No comments to show.

Please enter your username or email address. You will receive a link to create a new password via email.